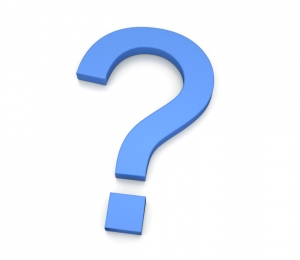 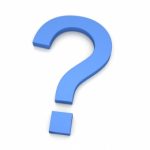 Despite all the discussions about cloud computing this term still seems to be confusing for the majority of Americans. According to a national survey recently carried out by Wakefield Research, more than half (51%) of respondents believe that cloud computing is related to the weather. This might be seen as somewhat paradoxical, because it was discovered that 97% were actually using cloud services.

The survey was carried out through e-mail invitation and online survey during the August 2012 and it included 1000 American adults. The results showed different misconceptions related to the cloud and all these findings represent a worthy insight into how cloud computing affect our everyday lives. Cloud computing has definitively become a household term, but the perspective everyday users have on it significantly differs from the one by IT pros.

22% of respondent admitted they were at least once faking their knowledge about cloud computing. While certain amount of these fake statements was made during working hours, a surprising number of people (17%) pretended to know how cloud computing functions during the first date. In addition to this, many respondents believe that other people also fake their knowledge when talking about the cloud.

The fact that people who actually use cloud services are unaware of this accounts for the opaqueness of the very term. The services themselves seem to be simple and easy to manage, but the term is largely misleading. Many would probably find that it is a completely new trend in technology, even though such services existed for a long time.

Regardless of the amount to which they actually use cloud services, respondents tend to believe that cloud is the future of computing. They also have positive expectations from the cloud’s impact over economy. 68% of respondents are familiar with the financial benefits of deploying cloud solutions in businesses and they see cloud computing as a silver lining.

Not quite surprisingly, major concerns turned out to be related to costs (34%), security (32%) and privacy (31%). Security and privacy have been a major inhibitor to moving to the cloud since the beginning of its development. However, this doesn’t actually prevent Americans to use cloud services. Rather, it makes them pay attention to what extent they move their documents to the cloud.

The findings of this survey clearly show that the term cloud computing is still predominantly related to IT pros. The most extensive discussions are probably still related to its technological aspects and its applications in business. However, even though the way cloud services actually function might seem too abstract to non-tech people, they still regularly use them which proves that cloud services became a common thing despite their somewhat misleading name.

This is a blog article from Bojana Dobran. Bojana is a blogger and a researcher interested in technology. She runs a blog where she covers most important topics related to online computing services.