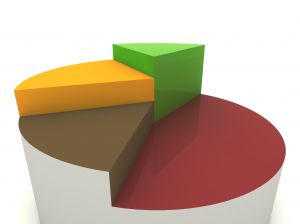 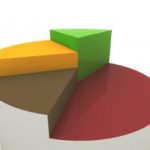 Interesting developments and predictions in the cloud computing industry! We are witnessing a new era in the way computing is performed worldwide, as evidenced by the growing propensity among consumers and enterprises to access their information technology resources through cloud computing.

The Business Software Alliance (BSA) Global Cloud Scorecard established a ranking of a countries readiness to drive the growth of a globally integrated cloud marketplace. The top five rankings for markets with the most robust cloud policies went to Japan, Australia, Germany, the United States, and France.

According to the BSA study, 88 percent of the world’s self-identified cloud users say they use cloud services for personal purposes, with 33 percent saying they use cloud services for business. In both cases, the figures are slightly higher in emerging economies such as Thailand, Malaysia, Argentina and Peru than in mature ones such as the United States, the United Kingdom, Germany and France.

There is a clear divide in cloud readiness between advanced economies and the developing world. Japan, the U.S, and EU all have established solid legal and regulatory bases to support the growth of a cloud computing, while developing countries, such as China, India and Brazil, have the most work to do to integrate into a cloud computing market.

Japan ranks first because it has clear and well defined privacy protections that don’t inhibit commerce, a full range of criminal and IP protections, and a massive IT infrastructure. The nation also is a leader in developing international technology standards.

As we all know, Europe is not a unique state with a single government and a single set of rules. However, the existence of the European Union (EU) does come with a large degree of homogeneity in treating technical innovations like cloud computing.

While embracing the cloud, Europe has been wary of security issues. The BSA study’s most surprising finding is that some of the countries that are doing well are also adopting laws and regulations that conflict with other countries. For example, the European Union’s proposed Data Protection Regulation could undermine the potential scale and economic impact of the cloud.

The recent development of cloud computing as a paradigm for economic growth opens great opportunities for African countries that wish to engage in world markets despite lacking the traditional infrastructure necessary to compete in those markets.

At the present, on the African continent only mobile technology has seen significant growth. However, the last year’s landing of three broadband submarine fiber-optic cables promises to bring increased connectivity to the region, leading to a wave of broadband penetration. Of course, we do have to keep in mind that cloud computing will require more than just mobile penetration and broadband connections.

Regardless of what the future has for us, user-friendly and technological innovations like cloud computing will always be of great interest for businesses around the world.  We just have to keep up!