The IoT market will be bigger than the smartphone, tablet, and PC markets combined 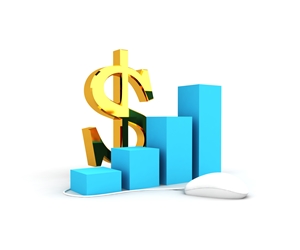 The IoT market will be bigger than the smartphone, tablet, and PC markets combined

With the ever increasing number of connected devices globally, and with the potential of smart objects, the Internet of Things (IoT) market is set for accelerated growth in 2014 as more businesses realize its potential uses and the positive impact it can have on a multitude of industry verticals.

The IoT market has already gained momentum with increasing adoption, offering a wide variety of uses and portfolio of applications. The main attraction offered by the Internet of Things is its potential to change strategy and a wide range of new products and service possibilities.

This is why the numbers being forecast for the IoT are truly amazing.  BI Intelligence finds that the number of everyday and enterprise devices that will soon be connected to the Internet will be huge – 1.9 billion devices today, and 9 billion by 2018 – and roughly equal to the number of smartphones, smart TVs, tablets, wearable computers, and PCs combined.

In the consumer space, many products and services have already crossed over into the IoT, including kitchen and home appliances, lighting and heating products, and insurance company-issued car monitoring devices that allow motorists to pay insurance only for the amount of driving they do.  So, let’s take a look at some of the most interesting B2B and government applications for the IoT:

The IoT is going to be big, but just how big?

We all know that the IoT is going to be big, but I often wonder just how big? Here are some analyst’s estimates on the size of this market and how to approach it as it moves forward in its development:

Cisco – “Cisco predicts that the IoE Value at Stake will be $14.4 trillion for companies and industries worldwide in the next decade. More specifically, over the next 10 years, the Value at Stake represents an opportunity to increase global corporate profits by about 21 percent. In other words, between 2013 and 2022, $14.4 trillion of value (net profit) will be“up for grabs” for enterprises globally — driven by IoE.”

McKinsey Global Institute – “We estimate the potential economic impact of the Internet of Things to be $2.7 trillion to $6.2 trillion per year by 2025 through use in a half-dozen major applications that we have sized.  The largest impacts among sized applications would be in healthcare and manufacturing.”

IDC – “IDC has looked at the components, processes, and IT support for IoT and expects the technology and services revenue to expand from $4.8 trillion in 2012 to $7.3 trillion by 2017 with the greatest opportunity initially in the consumer, discrete manufacturing, and government vertical industries. The IoT/M2M market is growing quickly, but the development of this market will not be consistent across all vertical markets. Industries that already “understand” IoT will see the most immediate growth, such as industrial production/automotive, transportation, and energy/utilities. However, all verticals will reflect great opportunity.”

Gartner – “The Internet of Things will include 26 billion units installed by 2020. IoT product and service suppliers will generate incremental revenue exceeding $300 billion, mostly in services, in 2020. It will result in $1.9 trillion in global economic value-add through sales into diverse end markets.”