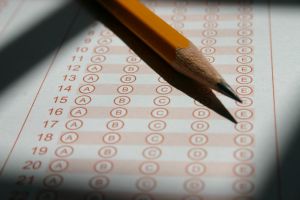 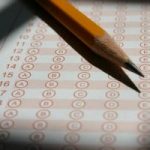 I’ve recently came across an article, It’s time for a Cloud UI Standard, which got me thinking about the evolution of cloud computing.

The cloud started as the dream of a few visionary people, envisioning a world where computing can be sold like a utility, like electricity or water, available to all. Of course, this implies a certain level of democratization and standardization of services. But I wonder, does this really mean that everything has to be the same?

Cloud computing has evolved quickly, and although at a relatively early stage of its development, the type of services on offer vary widely.  A while ago I have written an article about the need for standardization while it is still early and relatively easier to implement, but I was also mentioning the dangers of over-standardization, which could stifle development and growth.

When talking about standards now, the priorities are around the issues of security, interoperability and portability of data.  So what about User Interface?

In the aforementioned article, a case is made for the need for cloud user interface standards.  It is true that UI consistency would translate in increased usability, which means higher productivity, ultimately leading to cost savings.  However, is it achievable? Even more, is it desirable?

Concerning the possibility of implementing user interface standards, the article does highlight the difficulties in actually getting to that stage, and it can only be done if one or more of the major players in the market agree on a common set of UI principles.  But another consideration here is the variety of cloud deployments:  SaaS, PaaS and IaaS – would they all need similar interfaces to manage the administration of the environment? They are meant to be used by very different people, some technical, some less so. What may make sense to some, may not make sense to the others.  Would that mean that the UI standards need to be created taking into account all these differences?

As mentioned in the article, the interface for operating systems has evolved over time to look somehow similar, although there still are differences. And this has been the results of natural evolution.  I wonder, is it actually desirable to impose now, at this very early stage in the life of the cloud, a set of principles concerning how the applications should look?

I believe we are all still learning about the best way to deliver the services, and only time and experience will show us the best way.  While we are now past infancy and approaching maturity, it is still a time for growth and innovation, and learning, adaptability and change are still the driving forces for the cloud.  So at this stage, while a discussion about the best way of designing a user interface is obviously welcome and brilliant ideas are sure to come out of it, I believe actual standards are quite a way off.