Who’s who in the smartwatch market? 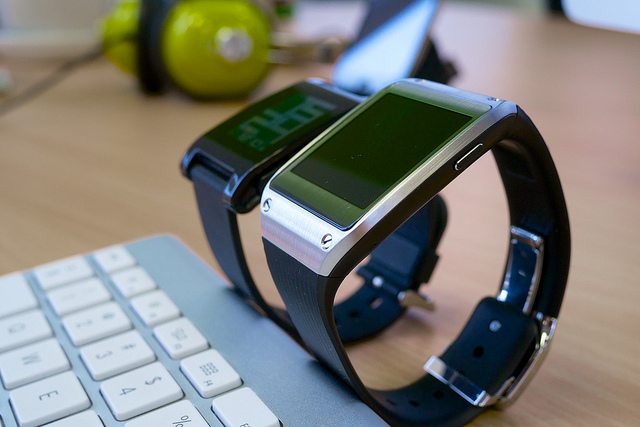 Who’s who in the smartwatch market?

Smartwatches have been around for quite a while now, but these devices are mostly seen as a nice-to-have addition, rather than a must to have gadget. However, recently Apple presented its own product, the Apple Watch. How will this product impact the smartwatch market? Does Apple have another hit on their hands and will they manage to make the smartwatch mainstream?

First of all, smartwatches are mostly extensions of the smartphone, showing notifications, alarms, and apps. Playing music is also possible and they are also used for heath monitoring and fitness capabilities. A smartwatch is, to put it simply, interfaces with a phone, is a mp3 player and watch (and its main challenge seems to be the short battery life). Also, the app ecosystem for smartwatches is not very developed, but this could change very soon.

Up until the launch of Apple Watch, these were the main producers of smartwatches:

Here you can find a infographic for comparing main smartwatches: http://www.businessweek.com/articles/2014-09-09/apple-watch-compared-to-motorola-samsung-lg-smart-watches

The Apple Watch is highly customizable, with different face-styles and many band-types. It includes health functions such as tracking steps, heartbeats and monitoring the number of calories. It has included the new Apple Pay functionality.  Also, it comes with a walkie talkie feature allowing users to talk to other Apple watch users and also to send the heartbeat to a friend who owns an Apple watch. Obviously, it only works with an iPhone

The offering on smartphone watches market is a lot more special now with the Apple Watch. So far, the smartwatches have not impressed many and are not game changing, but perhaps the new Apple Watch has the power to do that, just as they totally reinvented the game with the iPhone, iPod and iPad in their respective markets.