The Advent of the Privileged Cloud 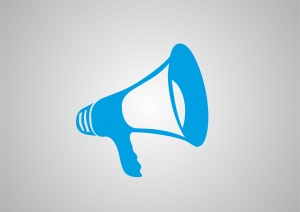 The Advent of the Privileged Cloud

A guest post by Michael Halperin, from Journey to the Cloud. 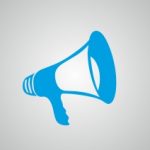 What’s in a name?  Well, it could be a lot.  In fact, the name we assign something can have a huge impact of our perception of that thing.  Would you eat reconstituted chicken parts?  Thanks to whomever decided to call that a “nugget” you might.

On the other hand, sometimes we come up with a name for something that makes a great idea seem much less great.  Remember New Coke?  It registered quite well on blind taste tests.  The problem was nobody thought there was a problem with the old Coke, and New Coke became the Edsel of the soft drink industry.

Today, one such unfortunate (and inaccurate) word choice seems to be holding back adoption of cloud computing.  That term is “Public Cloud.”

The idea of the public cloud actually pretty well describes some cloud providers, especially some of the early pioneers in the industry.  These were open environments that allowed virtually anybody and everybody to access the resource and use it as they saw fit (often for free).   While that free-for-all approach was part of the cloud’s early appeal, it also created a perception issue.

That is because, as it turns out, there are some rather dubious characters out on the net.  In an environment that’s wide open, a business might unwittingly share infrastructure with, shall we say, “something icky.” Do you really want the 1s & 0s your business relies upon to share the same infrastructure as people with nefarious intentions (especially if said intentions might involve your 1s & 0s)?

That concern has led many to challenge the security and viability of the Public Cloud. But the reality is many of the providers in the so-called Public Cloud have evolved far beyond that original wild, wild west model. In fact, most cloud providers today deploy architecture that really isn’t all that public.  They have locked down access to include only known entities.  Access is highly authenticated. Multi-tenant designs ensure absolute segregation of different users.

Most important, business-class Cloud Service Providers open their cloud only to organizations who establish a business relationship with the provider.  Often, there is a process for building a formal relationship—a sales cycle—that acts as a credentialing process. It not only enables the buyer to get to know the provider, but it also allows the provider to get to know the buyer. And each buyer can be assured that every other buyer has gone through the same diligence. Thus, access to the cloud service provider is not really “public” at all.  It is open only to those who have earned the privilege.

And so we nominate a new term: the “Privileged Cloud,” to designate those B2B cloud service providers whose business model and security architecture ensure that their infrastructure is only accessed by known and credible business subscribers.